Teufel takes the party on the road with Thundertruck

There’s nothing like making a big noise about your product, and German-based direct-sell speaker company Teufel is currently doing just that with its Thundertruck, a converted ex-military MAN eight-wheeler packing eight of its Rockster Bluetooth speakers – and more.

Now touring various venues in Germany, the Thundertruck is described as a ‘festival on wheels’, with the eight onboard Rocksters (left) – each weighing 30+kg and standing 76cm tall – backed up by two subwoofers.

It’s based on a 12.76 litre 320hp decommissioned military KAT I transport complete with eight-wheel drive – so handy for getting to tricky festival sites – and set up to start playing music as soon as it arrives, thanks to the ability of the Rockster speakers to run on their internal batteries, a 12V supply or mains. 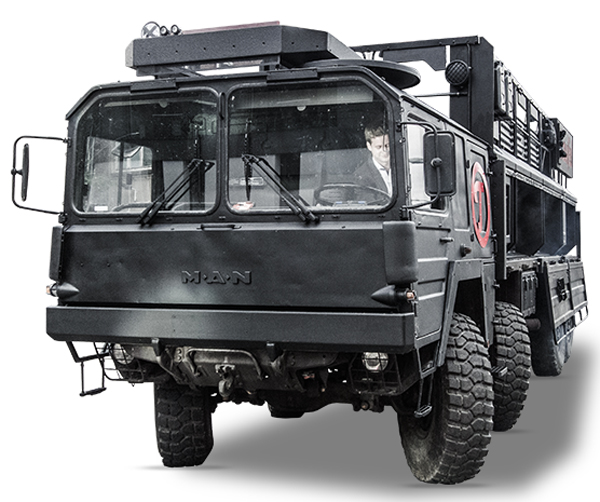 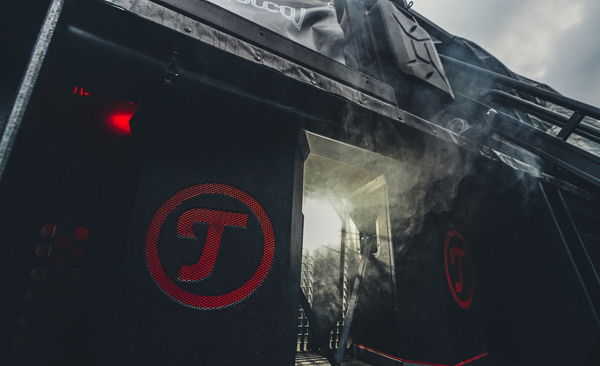 As Teufel puts it, ‘The size of the Rockster excluded the use of a sports car: after much deliberation we decided on something a bit more rugged and suited to the outdoor use we had envisioned.’

← Frankenspiel FS-X: in Single or Dual mode, it’s so much more than just a Bluetooth speaker system
Queen: Studio Collection LPs released in September – with a matching Rega turntable! →