Out with the old, in with the new: Apple’s Japan development is a sign of the times in consumer electronics

New ‘smart community’ in Yokohama will have Apple tech centre at its centre, replaces Panasonic factory

The times they are a-changin’ in Yokohama, Japan, where Apple is set to build a massive technology development centre on the site of an old Panasonic radio factory.

Part of the 3.8 hectare site is to be bought by Apple, which will build the new 25,000 sq m building, seen in the rendering above, during 2016. It’s part of a ‘smart city’ being developed by Panasonic and property company Nomura, set to include the extensive use of solar energy and other eco technologies.

The Panasonic Yokohama factory made radios and other products for some 50 years before its closure in 2011.

Apple says the new development will create ‘dozens of new jobs’, and says it has plans for another facility also in Yokohama, for which it is seeking the talents of ‘excellent Japanese engineers.’ 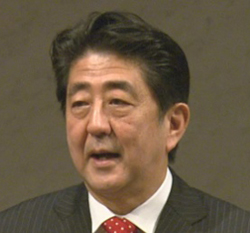 Japanese PM Shinzo Abe (left) has praised the company’s decision to ‘conduct the most advanced research and development in Japan.’

That’s going some: after all, wasn’t it not so long ago that Japan, led by companies such as Panasonic, was in the lead when it came to technological development? And especially development in the consumer electronics field, where Apple pitches its products?

Although it’s not been made clear exactly what technology Apple will be developing at the new Yokohama centre, this is another sign of the changing of the guard in the global CE market, as is the plan by Panasonic to develop the rest of the site into an eco-community.

After all, the Osaka company has made no secret of its plans to move away from the fickle and cut-throat consumer products market, and stake its future in sustainable energy systems and business-to-business operations, such as its joint battery-making venture with fast-growing electric car company Tesla.

Its new joint venture will be part of the forthcoming Tesla Gigafactory (above), under construction in Nevada, USA, and set to be up and running in 2017. Powered by renewable energy, the plant has a planned capacity of 50GWh of batteries a year by 2020, enough to enable the production of 500,000 electric vehicles per annum.

The new company, Panasonic Energy Corporation of North America, is perhaps appropriately based in Sparks, Nevada.

Seems like a smart move: Panasonic, like other Japanese companies, has already seen its market share in products such as TVs eroded, and even the Japanese mobile phone market – once dominated by home-grown manufacturers – has succumbed to the invasion of the Korean competitors and Apple.

The iPhone now accounts for more than half of the Japanese smartphone market, with Sony a distant second and traditional Japanese mobile phone giants Sharp and Fujitsu down in the single digits.