Amidst all the weeping and wailing about the end of plasma, are we missing the bigger picture?

The reaction to the announcement that Panasonic is shutting down plasma panel production, and thus ending its line of plasma TVs by March next year, has been extraordinary.

Amidst the editorials – some even exhorting us to sob like some Victorian cortege mourner, donning our best deepest ever blacks and joining the mute procession down to our local retail park to pay our respects to (and hopefully buy) the much sought-after ‘final plasmas’ – a few things seem to have been missed.

Well, I guess when you are that deep in grief at the loss of the recently-acclaimed, you’re not really thinking straight…

Come on, people – this is hardly the surprise of the decade: the patient’s been on the machines that go ping for a good while now, and we’ve all had plenty of time to make our peace and prepare ourselves for the inevitable loss.

He also said that the company would continue to make and sell TVs at least into last year – again entirely in line with the announcement made yesterday, and added that it might well focus its OLED TV development on business applications rather than the consumer market, at least at first. After all, it makes more money from business sales.

And as his boss, Panasonic president Kuzhiro Tsuga, said in March, when he announced the company strategy through to 2016, ‘The first thing we have to do under this business plan is get rid of the loss-making businesses’.

So it’s no surprise that plans have been in hand for some time to convert plasma TV panel plants including the one at Amagasaki (above) to making more profitable solar electricity panels – in the wake of the 2011 tsunami and the subsequent shutdown of its nuclear generation system, Japan is making ‘alternative energy’ a priority.

Panasonic was ahead of this trend: years ago it was promoting home fuel cells and greener energy systems.

Even LCD TV production isn’t safe: in common with other manufacturers, it’s been reported for some time that Panasonic has been looking to convert LCD TV panel capacity, including the state of the art Himeji plant (above), which I visited back in 2011, to making much more profitable smaller displays – the ones used in smartphone, tablets and the like.

Incidentally, those are the the very devices on which we’re all watching more of our TV, thus contributing to the decline of the home television market.

What’s more, the current sombre drums and tolling bells slightly overlook the fact that Panasonics are not the only fruit when it comes to the plasma business: a couple of little companies from South Korea still make plasma TVs, at least for the moment.

Samsung and LG – you may have heard of them, since they currently account for almost 43% of the global TV market by revenue – both have plasmas on their books, and if you look up the likes of Currys and search for plasma TVs, you’ll find that almost the whole of the first page is taken up by Samsung models.

But plasma was a product of its time: when it was in its heyday, the technology – developed at Fujitsu – was the only reliable way to get a flat panel TV of a decent size and quality. Way back then, LCD was what calculator displays were, and for the well-heeled, the early adopters and the braggers, a plasma was the only answer. Indeed, the word went into the language to mean any large flatscreen TV, simply because all the large flatscreen TVs were plasmas.

It’s not surprising that plasma TVs have got so good: it’s a mature, well-developed technology, in which all the basics were ironed out long ago, and to which minor tweaking could be applied to make it even better. We’re still running a Fujitsu plasma at home, and very good it is too – to the point that to date I haven’t been tempted to upgrade.

However, the appeal of LCD as it got better was hard for many buyers to resist: the screens were thinner, lighter and cheaper than the equivalent plasmas, and for all the microscopic analysis on the ‘videophile’ websites, a big LCD was, and is, more than good enough for most buyers, more interested in a large screen than the final minutiae of black depth or motion smoothness.

Once LCD got good enough, the writing was on the wall for plasma: yes, the older technology may have an enthusiast following, but such a following does not a significant market – nor a particularly convincing business case – make in the modern economic world.

OLED isn’t the answer
So is OLED the inevitable successor to plasma? Somehow, I don’t think so: the current yields in production are going to keep prices high. Compare the like for like pricing of the large-screen OLED display Panasonic has already announced with the flagship models in the – sob – final range, and you’ll see it’s around three times the price.

As DisplaySearch analyst Paul Gray says, ‘There are some stark lessons for OLED. One of its benefits has been explained as ‘it’s an emissive technology.’ Plasma is emissive, yet that wasn’t enough to save it. OLED has to compete with an entrenched, depreciated, mature technology in LCD. This is a very different situation to the dash towards flat panel TV that we saw in the last decade. Furthermore, high-value TV markets are saturated and OLED offers only incremental benefits over LCD at this time.

‘OLED may well be a winning solution in other applications where extreme thinness, lightness, color and contrast are truly valued. Camera viewfinders, aerospace and mobile look to be far more fertile opportunities. Smartphones are growing far faster than TV, while markets like lighting could be completely revolutionized by OLED. Perhaps the obsession with OLED TV is a distraction from playing to OLED’s real strengths.’

Sony’s TV woes continue
The final part of the bigger picture is Sony’s announcement, also made yesterday – perhaps it’s a Halloween thing in Japan to get all the bad news out on one day, along with the crowding of people dressed up as zombies on the Tokyo tube – that it’s cutting its already slim profit forecast for this year, and citing losses at the TV division as one of the reasons.

The company was expecting profits of ¥50bn (a bit under £320m) for the current financial year, but has now revised that down to ¥30bn (£190m). And when I describe that as slim profits, for the purposes of comparison Samsung made a net profit of KRW8.24tn (£4.7bn) in the three months to the end of September this year.

Sony’s TV division’s operating loss for the same quarter was ¥9.3bn (just under £60m); Samsung’s consumer electronics division, which includes TVs, made an operating profit of KRW350bn (£206m) in the same period.

And while Sony president Kazuo Hirai has committed the company to a greater emphasis on hardware, he specifically singles out mobile devices (such as smartphones), imaging products (such as cameras) and gaming as the areas on which he wants to concentrate.

So far he’s resisted calls to can the company’s TV division, but with the share price down 11% today on the news of the profits warning, turning round an upward trend since the beginning of this year, Hirai’s likely to come under greater pressure to make even deeper cuts in his efforts to turn the company around. 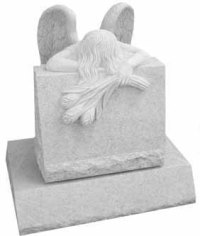 The bigger picture
So, that’s the landscape through which the TV industry is passing at the moment, but while the ‘tech’ press is mourning the loss of Panasonic’s large-screen plasma displays, I fear the irony is that it’s missing the bigger picture.

Panasonic’s move effectively brings down the shutters on TV manufacturing in Japan: for a long time industry commentators have been saying that it’s getting too expensive to make TVs there, and companies have been increasingly outsourcing their production to plants, or even companies, in lower-cost territories.

The end of ‘made in Japan’ TVs? No more sets from the country that gave us the Sony Trinitron, the first Fujitsu plasma screens, and the Pioneer Kuro models?

Now that really is worth getting upset about…